Malenda Trick is a self-taught artist. Her parents met in an art class at college. For Christmas she received art paper, colored pencils and watercolors from which she created her first works.  She sold her first work at age 5 to noted ceramicist Howard Kron for a nickel, who advised her that an artist never gave their art away. She sold her first portrait in the seventh grade and by age 16 she was painting nudes using oil paints on canvas. Malenda raised four children working as a hairdresser, a retail salesperson and by selling her art alongside the road.

After being rejected by every art gallery in Nashville, Malenda started her own art gallery. Over the years she built it into a successful enterprise selling her own distinctive artwork. In 1999 she was discovered by an art licensing agency, which worried that her art looked too much like museum art. Today, Malenda is one of the most preeminent artists in the home decor and gift industries having hundreds of products sold with her artwork on them. Her reputation for working with award winning interior designers is well known because she is willing to paint what is needed to satisfy the customer.

Malenda’s painting style resembles the Old World Masters, the 19th century Impressionists. She enjoys using Impressionism in her artwork, a style she’s well acquainted with. The opportunity to use her favorite style came when the Tennessee State Museum commissioned her to reproduce the works of the great Impressionists of the 19th century when the Bridgestone Masterpieces exhibit was showing at the museum.

Malenda’s vibrant paintings show bold flowing lines, brilliant colors, and stimulating textures that capture the essence of contemporary life, with this distinct style being labeled “Romantic Impressionism.” The great Impressionists such as Monet, Renoir and Degas influenced her unique style. This painting style incorporates a rich palate of colors and tones that provide depth to her work. Malenda’s artwork is reminiscent of 19th Century Impressionists, especially her many floral paintings, cityscapes, and landscapes. There are many other paintings in her oeuvre as well, from whimsical cartoon chefs to alluring “chefanistas” and mermaids, serene tropical beach scenes, Floridian birds especially flamingos, stunning beach sunsets, and last but not least a stunning 6-piece mural honoring military veterans from World Wars One and Two.

Malenda’s artwork is depicted on many products. These products include tapestries, stationary, calendars, designer bank checks, as well as tile and stone murals. Malenda has a wide variety of home decor and tabletop products including trays, trivets, and coasters.

One of Malenda’s most popular product designs is the “Diva Does . . .” hairbrush collection.  These hairbrushes feature three-dimensional divas on premium quality hair brushes for the women that have everything. Her most recent products are Lenox/Dept. 56 Santa figurines “Cheeseburger in Paradise” and “Que Shiraz, Shiraz” both of which are popular amongst collectors.

Malenda was named a Top Ten Licensor by “Li©ense!” magazine in 2006. She has displayed her work at the Tennessee State Museum, Tennessee State University, The Renaissance Center in Dickson, Tennessee, International Art Expo in New York City, Biennale Internazionale dell’Arte Contemporanea in Florence, Italy, the Moultrie Georgia Art Center in Atlanta, Georgia, the Chilton County, Georgia Art Museum, near Atlanta and currently creates her artwork in her Marco Island, Florida studio. For licensing, Malenda is represented by “Artworks! Licensing” in the US, “Interlitho Licensing GmbH” in South America, Russia, and Europe, and “Image by Design” and “Advocate Art” in the United Kingdom. 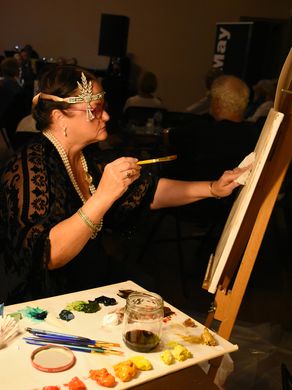 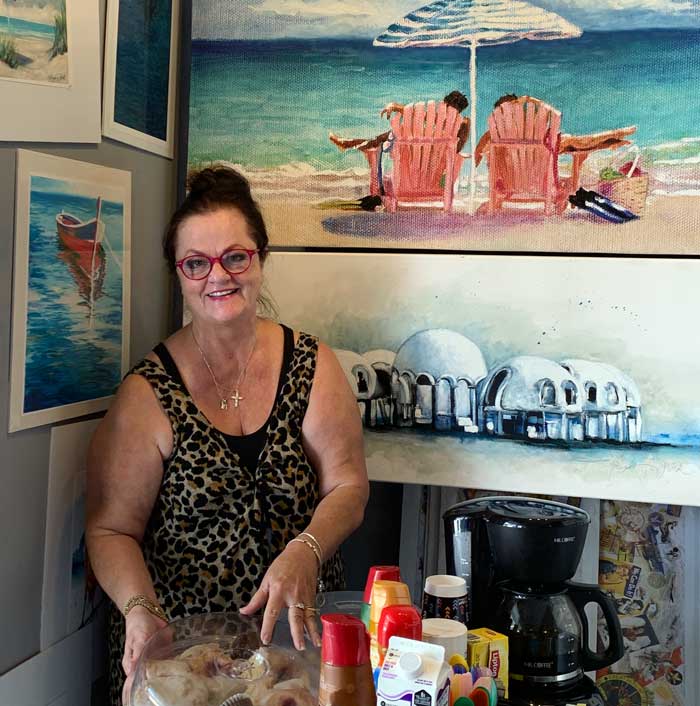 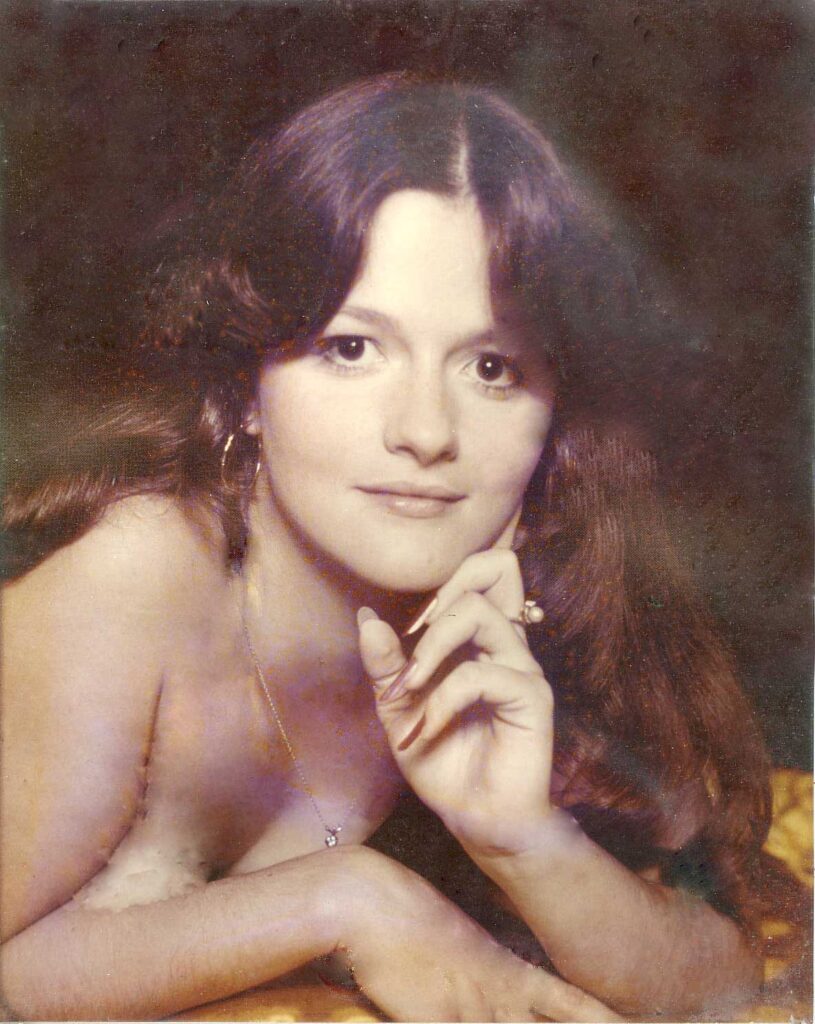 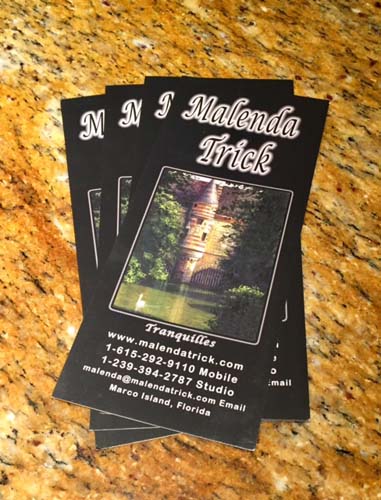 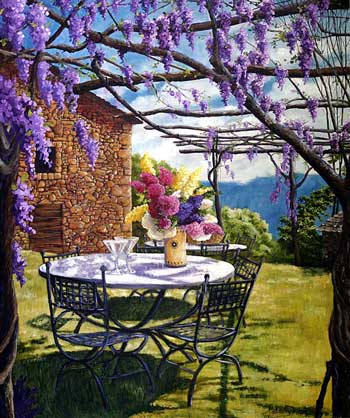 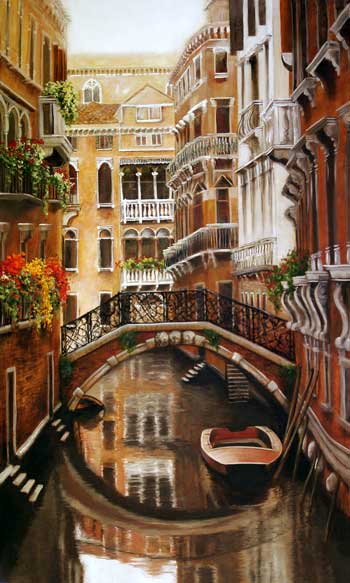 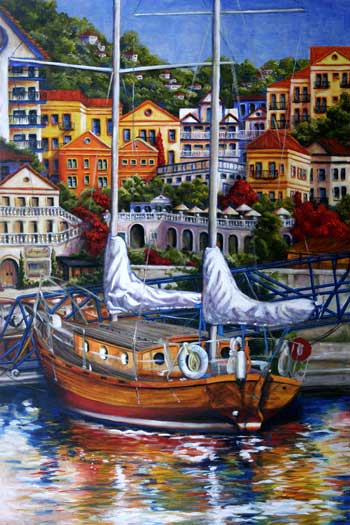 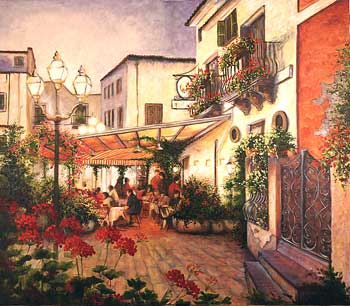